Opportunities to Reduce Emissions and Enhance Competitiveness for America’s Manufacturers 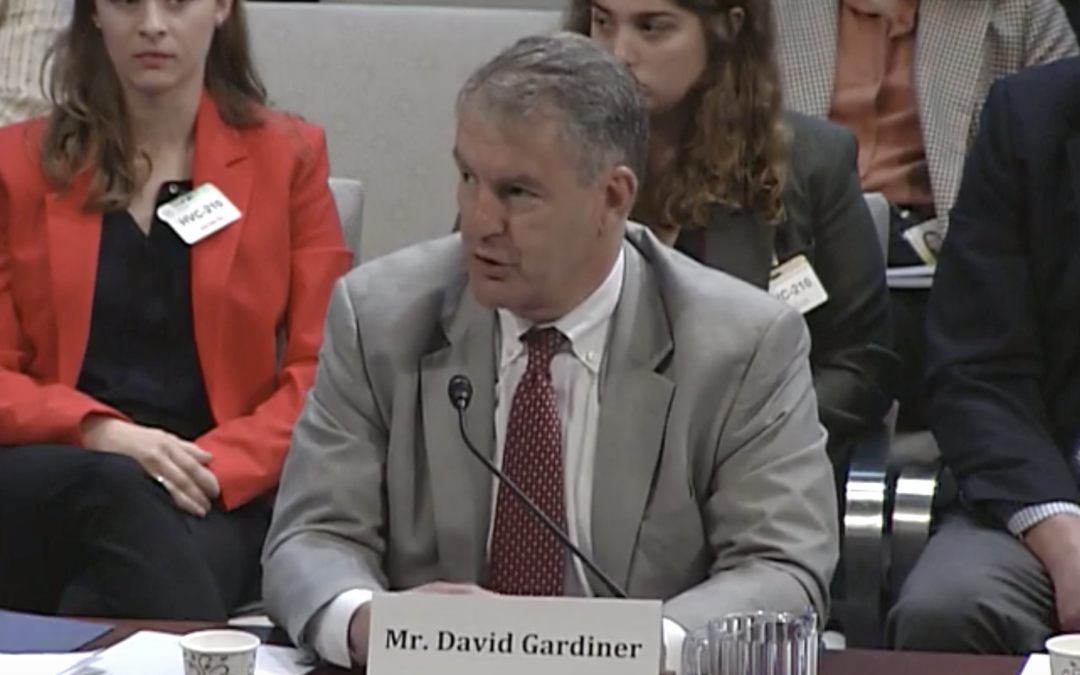 Last week, I testified in front of the House Select Committee on the Climate Crisis for their hearing on “Solving the Climate Crisis: Reducing Industrial Emissions Through U.S. Innovation.” The hearing is an important early step in considering how we reduce emissions for America’s manufacturers while enhancing their competitiveness in global markets. This conversation has been delayed for too long and I am excited that the Select Committee and the House Energy and Commerce Committee, which held a similar hearing the week before, are launching it.

In honor of Manufacturing Day today, I am pleased to share highlights from our discussion of the importance of the industrial sector and opportunities to reduce emissions through American innovation.

Representative Castor, chair of the Committee, set the right tone from the outset by recognizing the importance of the industrial sector and the opportunity to decarbonize it,

“We’re here to tackle the industrial sector. This is the sector we count on to make raw materials—like steel and cement—for our buildings and infrastructure. It’s the sector that makes the fertilizer to grow our food and the metals, plastics, and chemicals that go into the products we use every day. It’s responsible for more than $3 trillion of U.S. GDP and almost 20 million jobs. Industry also contributes nearly 30% of U.S. greenhouse gas emissions. Many industrial processes use large amounts of energy and require high temperature process heat that cannot be electrified. Some industries release carbon dioxide from chemical reactions in the production process, which cannot be avoided. This makes industry one of the most difficult sectors to decarbonize. Difficult, but not impossible.”

I urged the Committee to focus on three key objectives.

Second, we can and should make America’s factories more efficient through the use of efficiency technologies such as Combined Heat and Power (CHP) and Waste Heat to Power (WHP). Because they use heat which would otherwise be wasted, these technologies can make manufacturers more competitive by reducing energy costs while also cutting emissions. By harnessing that heat with industrial efficiency in combination with CHP and WHP, America’s manufacturers can cut carbon emissions equal to the amount from 46 coal-fired power plants—while saving businesses $298 billion from avoided electricity purchases.

But, CHP and WHP face economic and financial, regulatory and informational barriers to their deployment. To help make manufacturers more competitive, we need a variety of policies to move them forward, many of which already enjoy bipartisan support. These include tax, energy infrastructure, regulatory, information and industrial efficiency policies.

Third, I said that the Committee should recommend policies which accelerate the development and deployment of renewable heat technologies. These technologies have received little attention in discussions of how to reduce emissions and have been called “the sleeping giant” of renewable energy. Today, only 10 percent of global heat production is powered with renewable energy.

In March, the Renewable Thermal Collaborative issued a Renewable Thermal Energy Buyers’ Statement calling on market players and policy makers to accelerate the deployment of cost-effective renewable thermal technologies. Leading industrial companies such as Cargill, Clif Bar, Chemours, GM, HP, L’Oreal, Mars, Procter & Gamble, and Stonyfield signed the statement. To meet their own corporate commitments to reduce carbon emissions, they need cost-effective and sustainable renewable thermal technologies. These technologies face supply, market, and policy barriers. The signers believe we should follow a path similar to that of the renewable electricity market, where steady technology innovation and improvement has made wind and solar cost-effective and the preferred choice in many markets.

The challenge is that few countries, including the U.S., have done much. More than 120 countries have policies to promote renewable electricity, but only around 40 have specific policies for renewable heat, most of which are within the European Union.

I concluded that the Committee should focus significant attention on reducing the greenhouse emissions associated with producing heat. Step One is to accelerate energy efficiency measures, such as CHP and WHP, and Step Two is to focus on innovation of renewable thermal technologies. There are opportunities to advance these objectives with the support of industry and from members of both parties and we should seize them.

As Representative Castor said best, “We do not have to choose between reducing emissions and maintaining a robust industrial sector. I am confident that American innovation, coupled with smart policies, will be the key.” For Manufacturing Day this year, I hope you’ll join me in highlighting opportunities to reduce emissions and make American manufactures more competitive.

A copy of my written testimony and video footage of the entire hearing is available here.