Farms Here, Forests There: Tropical Deforestation and U.S. Competitiveness in Agriculture and Timber 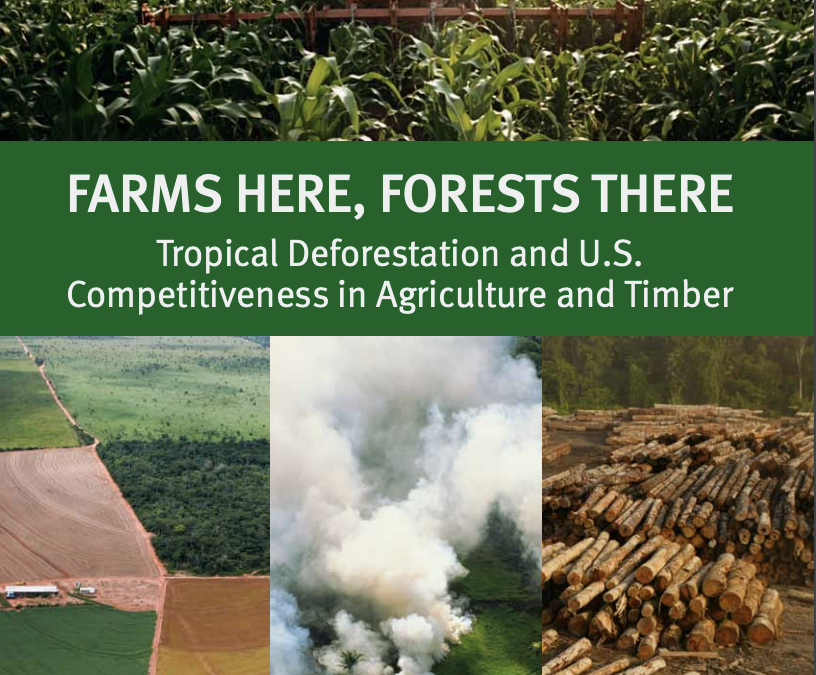 In May 2010, DGA authored Farms Here, Forests There: Tropical Deforestation and U.S. Competitiveness in Agriculture and Timber on behalf of Avoided Deforestation Partners and the National Farmers Union showing that ending tropical deforestation could be of huge benefit to American agricultural and timber producers.

One of the key findings of the report is that ending deforestation will boost revenue for U.S. agricultural producers by $196-$267 billion and for U.S. timber producers by $36-$60 billion by 2030. The report also found that tropical forest offsets could cut the cost of U.S. climate legislation by a quarter to a half, saving U.S. agriculture and related industries an estimated $49 billion in compliance costs due to lower energy and fertilizer costs. “Protecting rainforests is a win-win-win for the climate, for American consumers, and for farmers and ranchers,” said Jeff Horowitz, founder of Avoided Deforestation Partners.