Solar Thermal: An Overview of the Policy and Market Landscapes 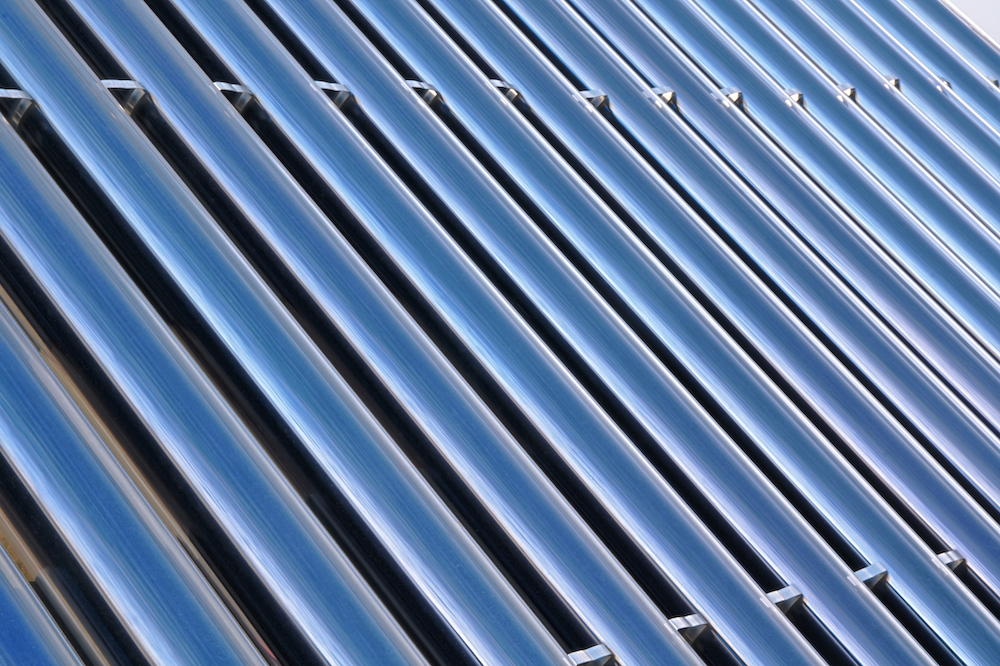 If you are interested in learning more about solar thermal, watch a Renewable Thermal Collaborative webinar from May 28, 2020.

As companies and countries across the world adopt long-term carbon reduction targets, there is still no clear pathway for the decarbonization of their diverse thermal energy load requirements. However, policy and market research in recent years demonstrate the potential applications of solar thermal technologies in the residential and commercial and industrial (C&I) sectors. These findings suggest there are industries and applications for which solar thermal may be an attractive option to achieve climate goals. 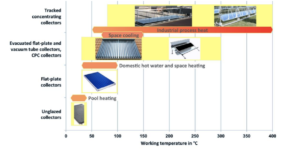 By the end of 2018, there were 480 thermal gigawatts (GWth) of solar thermal capacity in operation worldwide, producing enough thermal energy to save 42.6 million tons of oil or 137.5 million tons of carbon dioxide (CO­2) emissions. China and Europe have the largest solar thermal capacities globally, together accounting for 82.1 percent of the total capacity installed by 2017. The graph below illustrates end-use applications; domestic hot water systems largely dominate the solar thermal industry.

China has promoted widespread adoption of domestic solar water heating. In particular, the country’s twelfth Five Year Plan (2011-2015) was the first to include solar water heating targets. These targets were overachieved and, as of 2017, China has the largest solar thermal capacity installed in the world at 334.5 GWth. The thirteenth Five Year Plan (2016-2020) calls for a doubling of this capacity by 2020. Although these plans encouraged national promotion and subsidized domestic solar water heaters, the market grew independently of the central government’s actions because the systems were the most cost-effective option for homeowners.

Denmark has also designed policies to that effectively integrate solar thermal. Sixty-four percent of Danish buildings are connected to a district heating system and the country’s energy companies are required to save 0.1 million tons of oil equivalent (Mtoe) in the heating sector from 2016-2020. Solar thermal counts as an energy saving measure and is easily integrated into Denmark’s heating districts because it can provide the low-temperature heating required in residential, commercial, and industrial buildings. District heating, alongside low interest rates, tax exemptions for renewables, and the low cost of land around these districts has contributed to the cost-effectiveness of solar thermal in Denmark (see graph below).

In North America, the U.S. and Canada account for roughly four percent of total global solar thermal capacity in operation, primarily used for swimming pool heating. Additionally, the concentrated solar power (CSP) industry has deteriorated in the U.S. with many companies focusing on the friendlier European markets. This is because the U.S. federal government lacks any heating decarbonization policy. There was potential at the state level when California passed the California Solar Initiative in 2010 to support the installation of 585 million therms of solar water heating systems in homes and businesses. However, by 2017 California only spent half the program’s budget and installed 6.4 million therms.

Two recent reports help describe the future potential for solar thermal technologies. The National Renewable Energy Laboratory (NREL) recently found that solar thermal could supply industrial process heat in sectors like food processing and brewing across the globe. Additionally, Aalborg University in Denmark projects solar thermal to have a technical potential of three to 12 percent of global heat production by 2050. Collaborative energy system design and policy implementation will be crucial for this long-term feasibility of solar thermal as a heat decarbonization resource.

Interested in learning more about renewable thermal technologies, including solar thermal? DGA authored A Landscape Review of the Global Heating and Cooling Market.