CHP Provides Reliable Power for Critical Infrastructure Across the U.S. 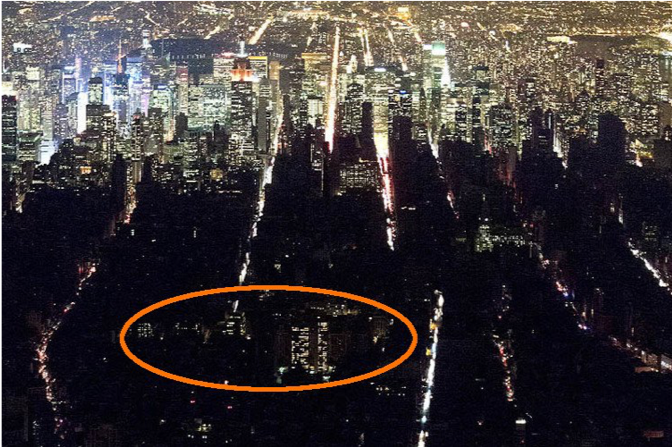 Nicholas Britton, Climate and Clean Energy Intern, authored this blog post for DGA client the Combined Heat and Power Alliance during his Spring 2020 internship, in coordination with Isabel Harrison.

As catastrophic weather events become more frequent and we continue to see stories of long-term power grid outages that damage communities and the U.S. economy, energy reliability and security remain major concerns. However, there are countless compelling stories of combined heat and power (CHP) systems providing continuous power when the grid goes down. CHP systems can remain operational during emergency situations and, compared to conventional backup generators that are only called into service when an emergency occurs, CHP systems typically run daily and are regularly maintained. Additionally, ICF notes that CHP supplies both thermal and electric loads and has fuel available through above-ground or below-ground gas lines at each location.

Because CHP can function during grid outages, it is an essential technology to increase resilience for critical infrastructure. Critical infrastructure is defined as the “assets, systems, and networks that, if incapacitated, would have a substantial negative impact on national security, economic security, or public health and safety.” According to the U.S. Department of Energy, the types of infrastructure which fall into this categorization include multi-family buildings, colleges and universities, schools, food processing facilities, hospitals, wastewater treatment plants, nursing homes, lodging, police and fire stations, military bases, prisons, supermarkets, pharmaceuticals, airports, data centers, and food distribution centers.

In Houston, the Texas Medical Center—the largest medical center in the world—uses a 48 megawatt (MW) CHP system that supplies 100 percent of their electricity needs. During Hurricane Harvey, the Medical Center was able to continue providing life-saving services because CHP sustained its air conditioning, refrigeration, heating, sterilization, laundry, and hot water needs throughout the storm. This example helps explain why more than 15 gigawatts of CHP, enough electricity to power over 11 million U.S. homes, is already installed at over 2,000 critical infrastructure sites across the U.S.

The Combined Heat and Power Alliance is releasing four new factsheets that highlight the benefits of CHP implementation in four areas of critical infrastructure: colleges and universities, hospitals, multi-family buildings, and wastewater treatment plants. Each of these factsheets provide case studies that illustrate the necessity for and success of CHP in these areas.

Aerial Image of NYU with Power During Superstorm Sandy

This factsheet describes how the use of CHP at colleges and universities not only reduces energy costs and pollutants, but it also increases emergency preparedness and overall student safety. This is particularly important for student housing, food services, and sensitive laboratory equipment that require constant energy. The factsheet focuses on New York University’s 14.4 MW CHP system, which can supply 22 campus buildings with electricity and 37 buildings with all their thermal energy requirements. While the majority of New York City was without power during Superstorm Sandy in 2012, NYU’s core campus maintained both power and heat, and allowed the university to provide a safe haven where city officials could help local residents who had to evacuate their homes for the storm.

This factsheet illustrates the importance of a continuous energy supply for high-quality healthcare, especially for delicate machinery and patient safety. It also describes how CHP in hospitals can increase the reliability and affordability of their energy systems. The example of Texas Medical Center is cited above, and there are currently 772 MW of CHP at 200 hospitals in the US.

This factsheet highlights the affordability and reliability of CHP, which are key characteristics to ensure a comfortable and safe living environment for residents of multi-family buildings. CHP can also operate in a microgrid, a local energy grid that can disconnect from the traditional grid and operate on its own during a grid outage. Connecting CHP systems to a microgrid allows several buildings or facilities to keep the lights on and key building infrastructure like elevators and security systems to remain functional during a blackout. The Brevoort apartment building in New York City, New York, has a 400 kW CHP system that powered the complex through Superstorm Sandy while the surrounding blocks were without power for multiple days. Residents also opened their spaces to family and friends who lost power in the surrounding area.

This factsheet explains why the continuous operation of wastewater treatment plants is essential for clean waterways and effective waste removal. It also shows how CHP can guarantee energy security for these plants if the electric grid fails. For example, during Superstorm Sandy, the Bergen County Utilities Plant in Little Ferry, New Jersey, continued to service 47 communities in the state because of its 4.2 MW CHP system’s ability to operate independent of the grid.

In addition to its benefits across critical infrastructure sectors, there is still a great deal of CHP deployment potential. For example, the U.S. Department of Energy predicts the current CHP capacity could increase tenfold in the U.S. hospital sector alone. This expansion of CHP generation systems will not only increase energy security in emergency situations but will also reduce costs and carbon pollution for producers and consumers. Additional factsheets on the other sectors of critical infrastructure are set for release in the coming months.

The Alliance also has factsheets available on CHP in airports and hotels and casinos. Check out our entire fact sheet series here.